Posted May 3rd, 2017 by Isa Carstens Admin , filed under Skincare.

A person with beautiful skin is beautiful. Beautiful skin is healthy skin. In turn, dermal aesthetics is generally perceived to refer to the beauty of the skin, the largest of the human body’s vital organs.

“Aesthetics” may be used to denote a number of subtly differing aspects of appearance, usually philosophical – the awareness and assessment of beauty such as a pleasing appearance, factors that make it so, and why one finds the subject or object in question beautiful and appealing to the senses.

“Beauty is in the eye of the beholder”, but even so, smooth, radiant, clear skin has always been regarded as aesthetically pleasing throughout the ages.

As the body’s largest vital organ, the skin of an average sized human body measures between 1.5 and 2 square metres. Thickness varies between ages, genders and relevant body parts. In addition to keeping moisture in, the skin provides a waterproof covering to the body, protecting all underlying tissue and structures from harmful substances and conditions, infections and bacteria.

Human skin consists of 3 primary layers: the epidermis, dermis and hypodermis or subcutaneous layer. The epidermis is the top, outermost layer, which is designed to waterproof and protect the entire body.

The dermal layer of skin is immensely complex. It houses a host of nerve endings, which detect heat, cold and pain. Other dermal structures include hair follicles (with certain exceptions such as on palms of the hands and soles of the feet), sweat, sebaceous and other glands, blood vessels and lymphatic vessels.

Man’s dermis provides insulation and assists the body to regulate its temperature. When it is too hot, blood vessels dilate, whilst the dermis activates its sweat glands to cool the body as sweat evaporates. When it’s cold, blood vessels will contract, retaining as much body heat as possible.

As marvellous as skin, and particularly its dermal layer is, people no longer leave their skin care and dermal aesthetics up to nature and possessing good genes. It has become essential to take good care of the health and consequent pleasing appearance of one’s skin, the fundamental role of a professional 21st century dermal aesthetician.

Isa Carstens Academy’s dermal aesthetics graduates are professionally trained to the highest possible standards, through a multi-disciplinary approach that applies the healthy, holistic principles of somatology, which is much, much more than “skin deep” beauty and skin care therapy, as expressly indicated in our web pages. 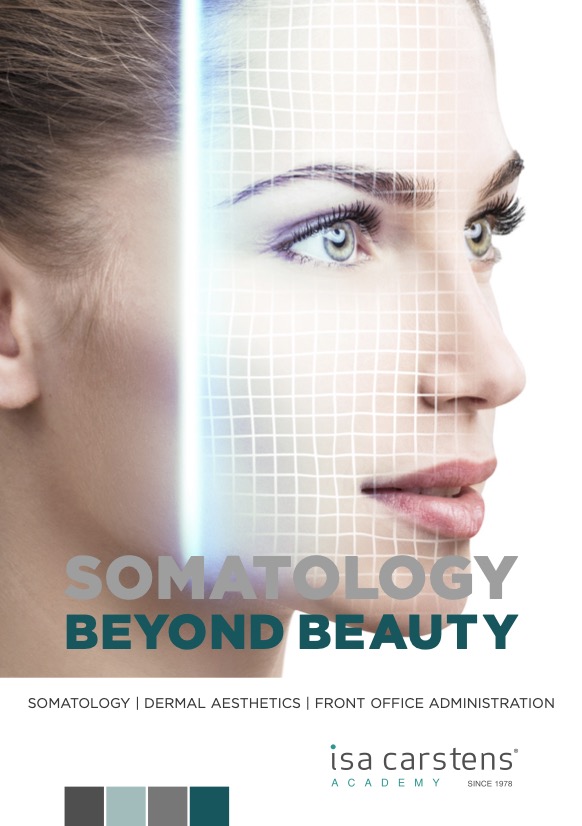 I have finally got the time to sit down and write all my thank you letters. Leaving the most important one for last. All I can say is WOW.  I would like to thank you once again for being a part of my sani2c journey. Without Isa Carstens support it would not be the success that it is. I would like to thank you for believing in me as one of your passed students too. You play such a huge roll in all our lives and we could not achieve what we do without your support. Thought my three years of Isa, I luckily did not have to be in your office because I was in trouble but rather for small chats here and there or even just a life lesson in the lecture room. Your voice is always in my head guiding me in my career choices. thank you for inspiring us all to be the best we can be and to be proud of being an Isa Girl.  This year really did throw us all a curve ball. The weather is one thing we cannot control and I think the students handled it very  well, it felt like a well-oiled machine this year.  I would like to thank every single student who gave of their best. From the minute they arrived at Jolivet until they left on Saturday. I felt honoured to have had them representing me and of course Isa Carstens Academy.  Once again I would like to thank Hester and her two lecturers who came along to ensure everything Ran smoothly from the Isa Side. It was such a pleasure working with them.  I look forward to another great year with Isa if you choose to be a part of this venture.